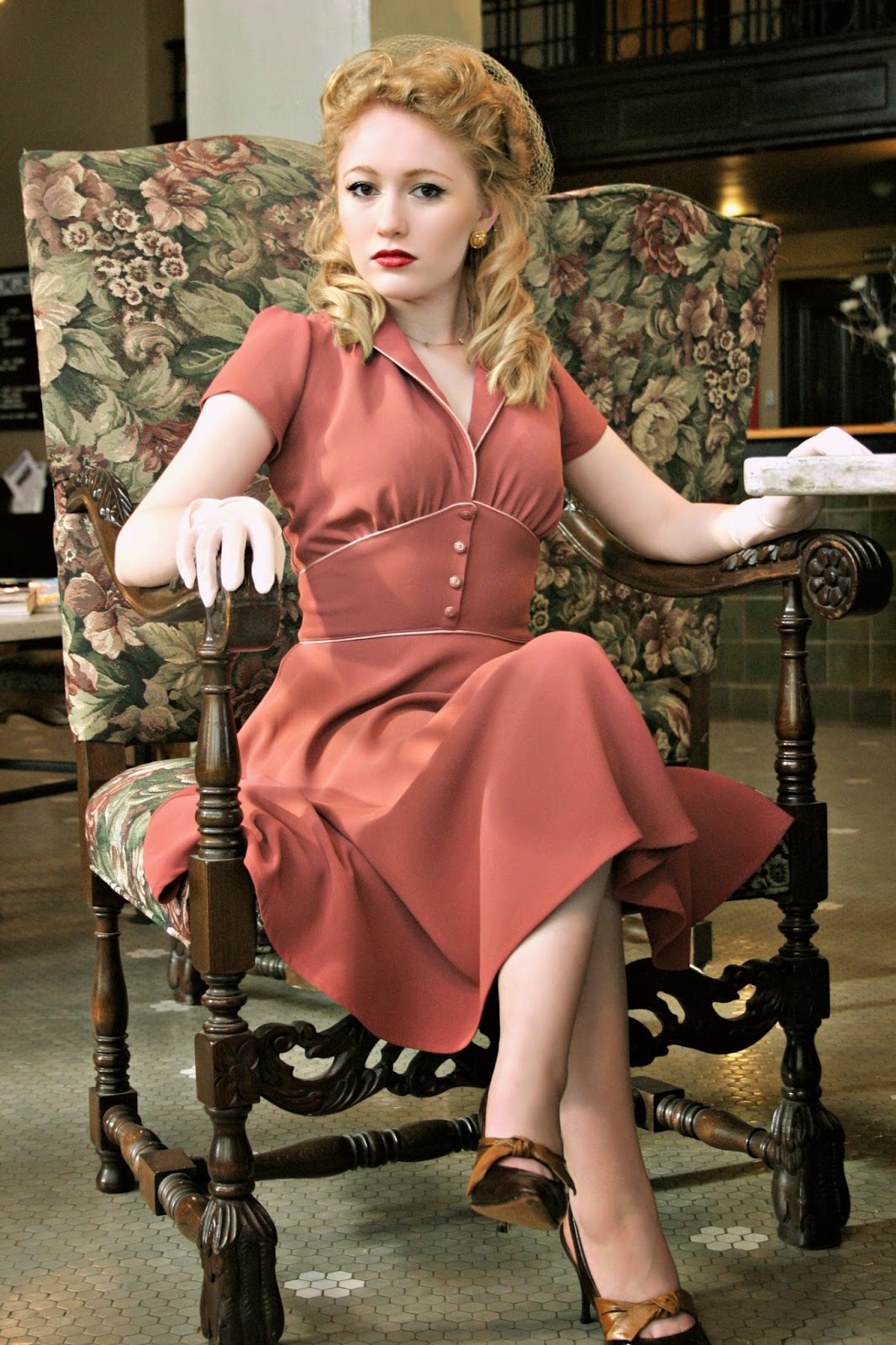 I'm bringing swing back with this beautiful 40's reproduction, custom made for me by La Vie en Swing at http://www.lavieenswing.com/. They are a fabulous 30's-50's reproduction company, and I must say, their pieces would be confused for authentic. Using patterns that are even original to the period, their quality and look speaks for itself. Whether you're into the fashion of the era, or do swing dance in your free time, you'll want to add one of these gorgeous creations to your wardrobe. The link to this dress is: http://www.lavieenswing.com/vintage-inspired-reproduction-clothing/dresses/ginger-1940s-vintage-pale-burgundy-dress/. 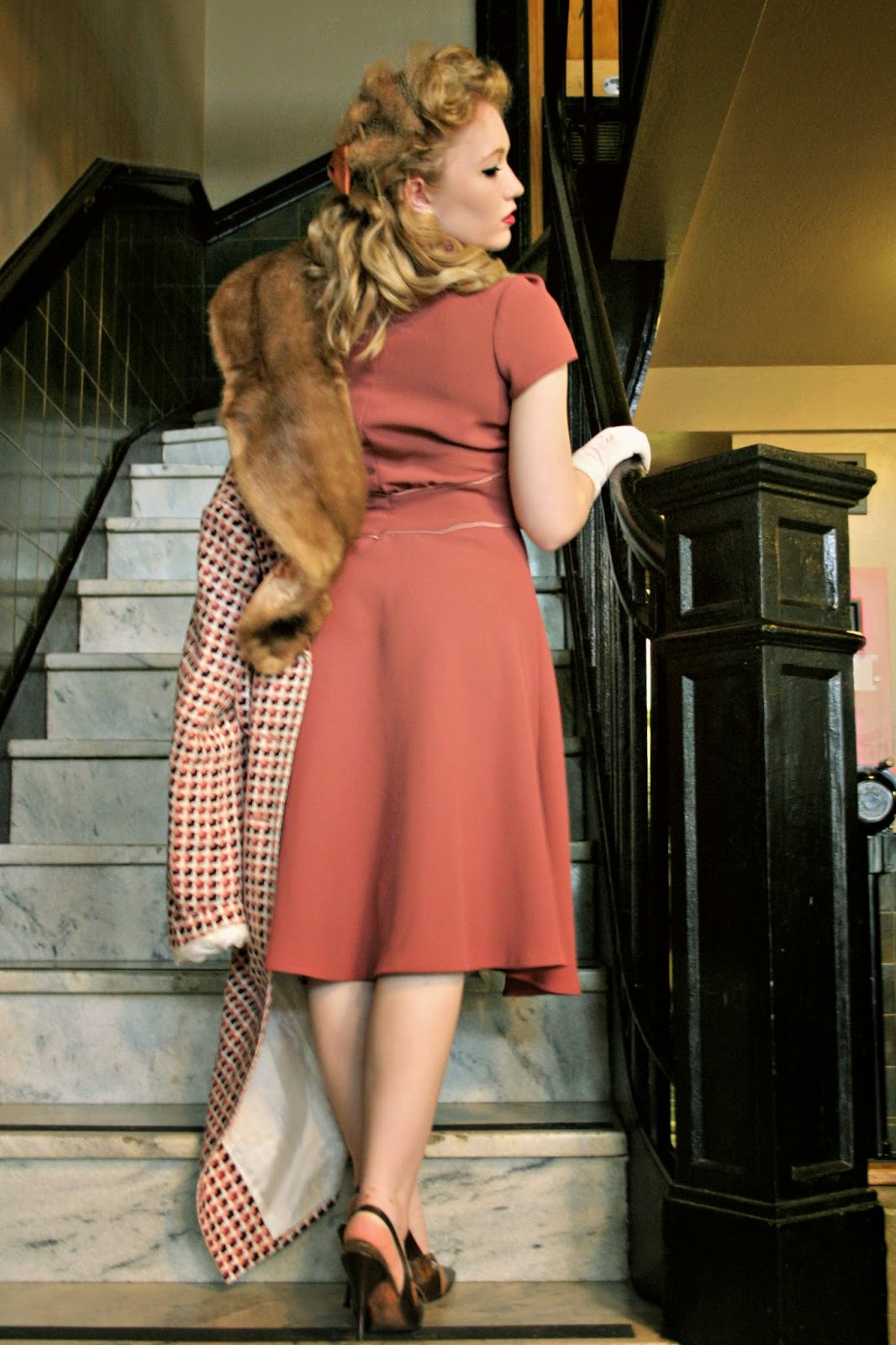 For this look, I paired my mink hat with a rust colored bow with my mink collar on my coat. 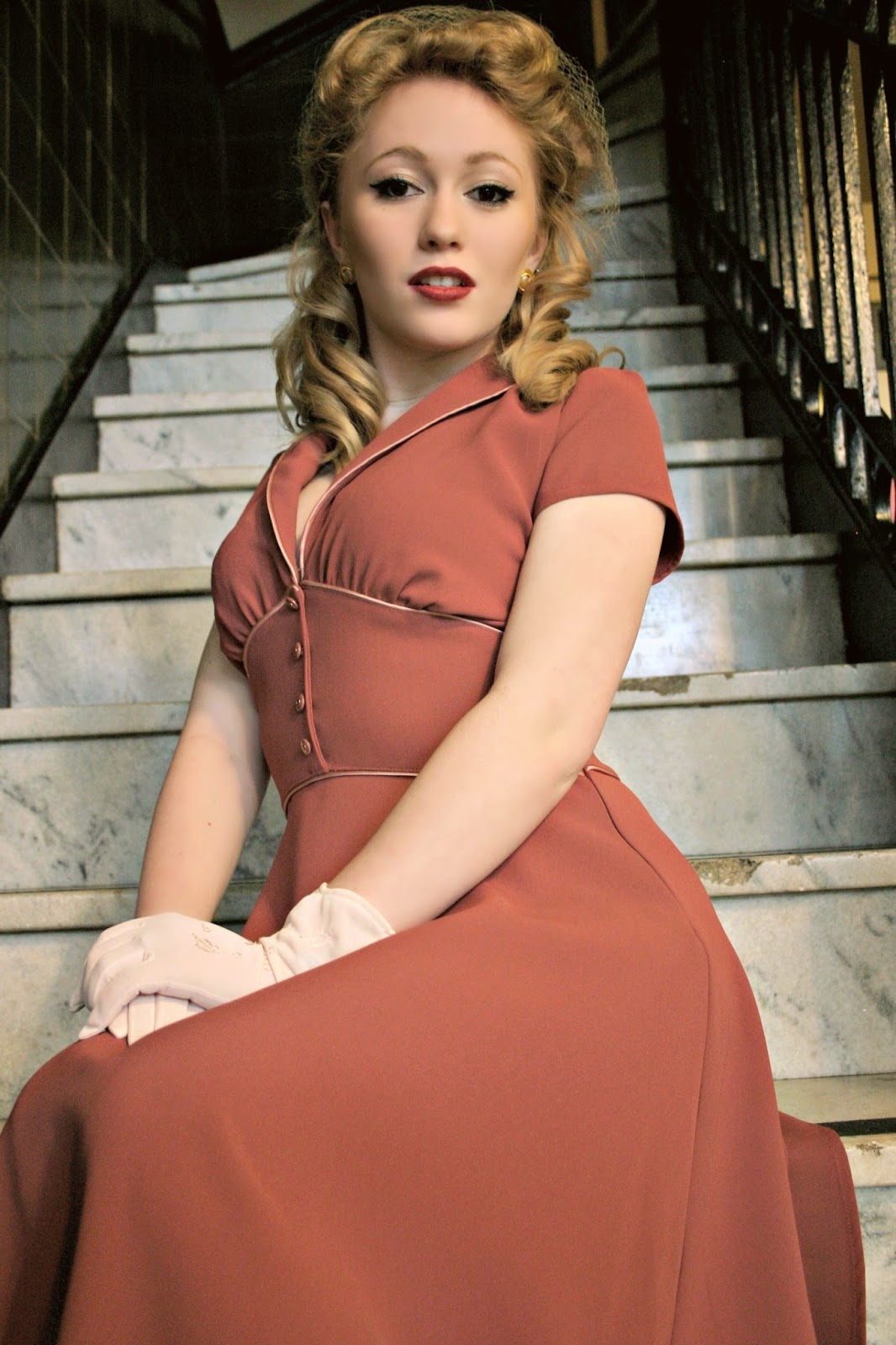 An added touch for authenticity, my pale pink gloves with hand stitched embroidery. 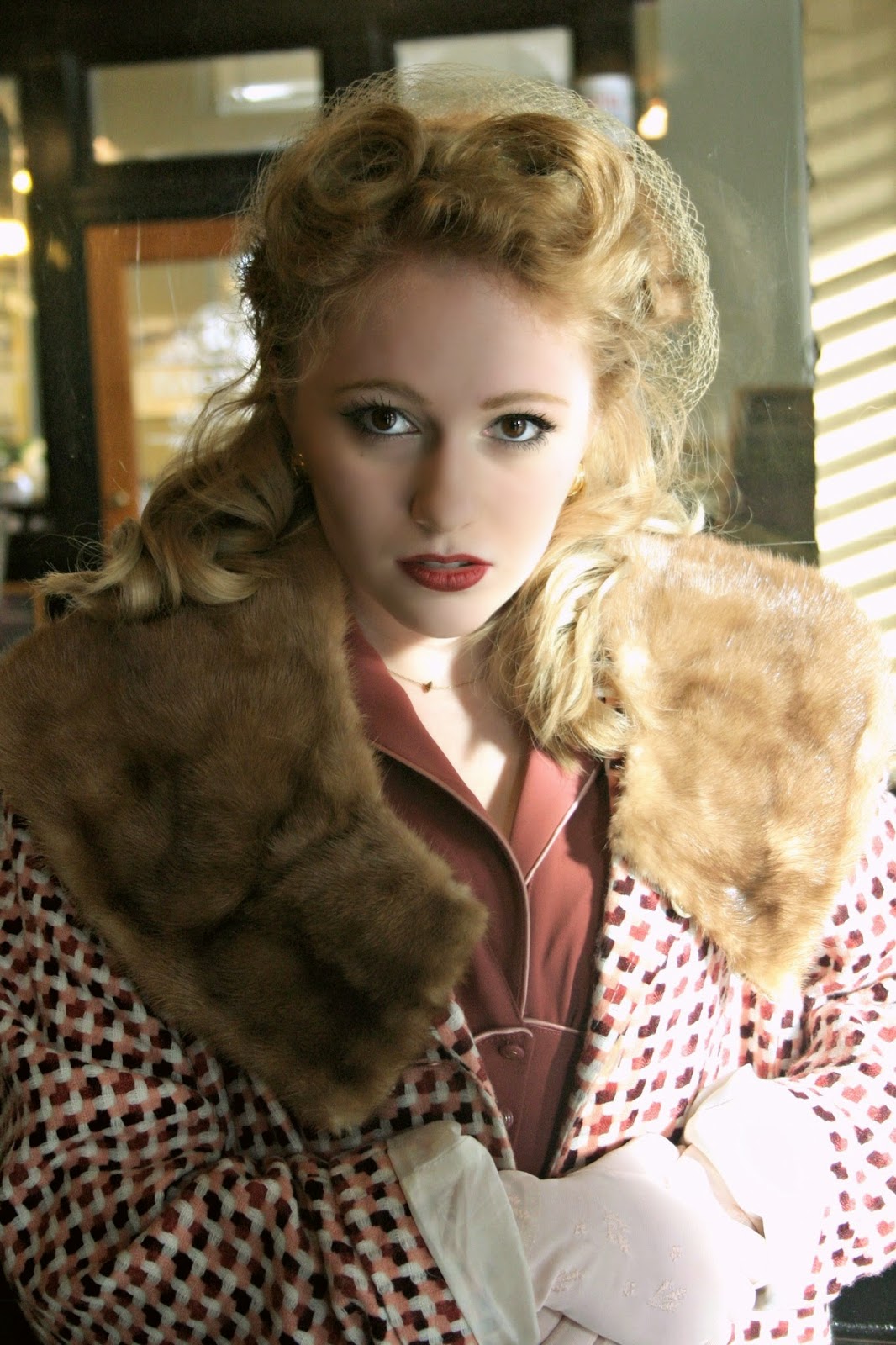 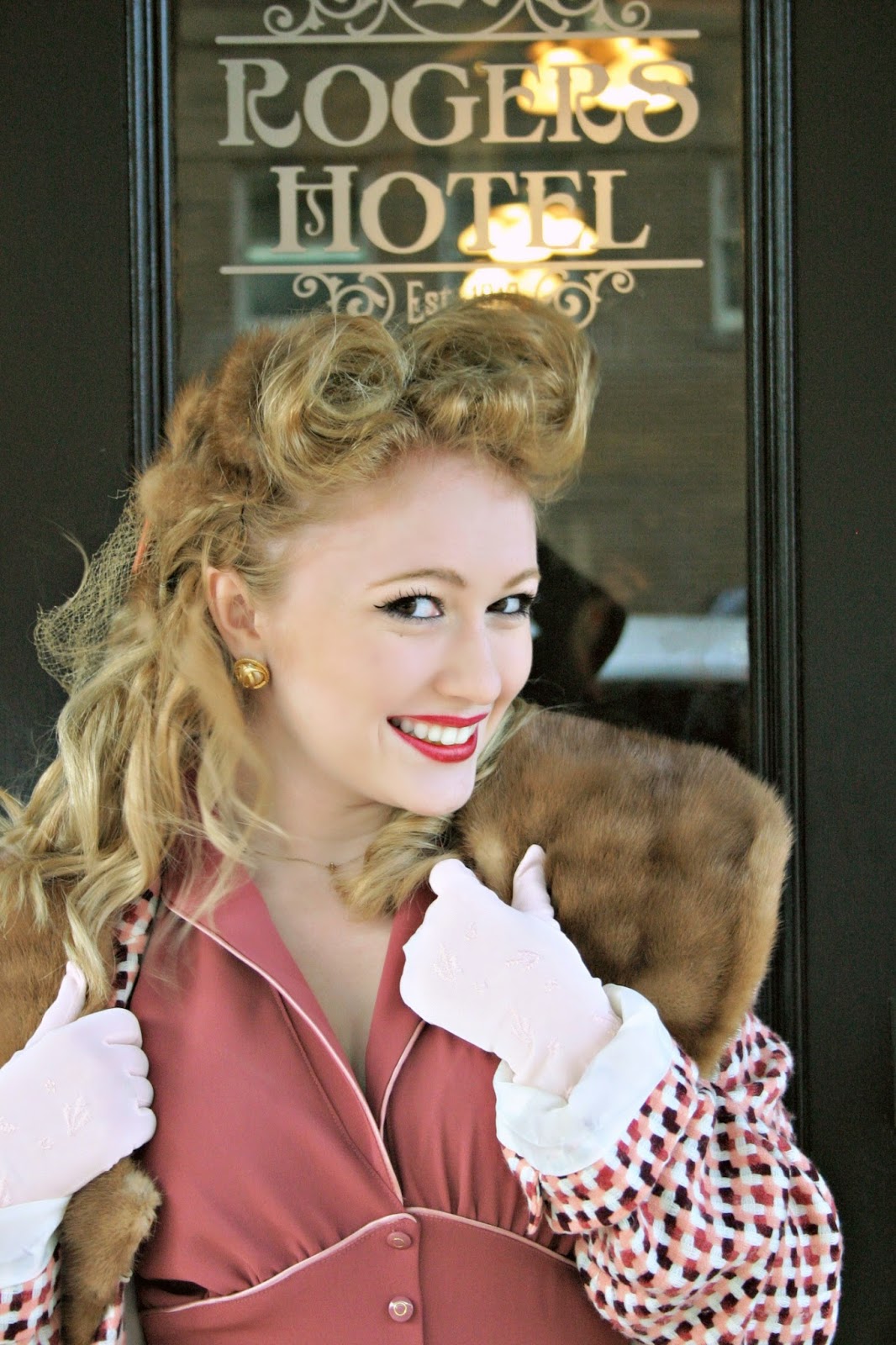 The whole photoshoot was done at the famous Roger's Hotel, built in 1912. Roger's has seen many famous faces such as Frank Sinatra, Bonnie and Clyde, Ty Cobb, and Sally Field. 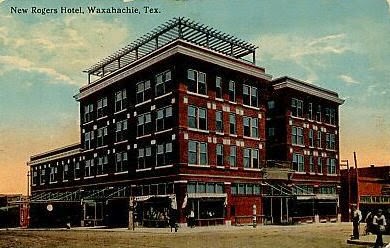 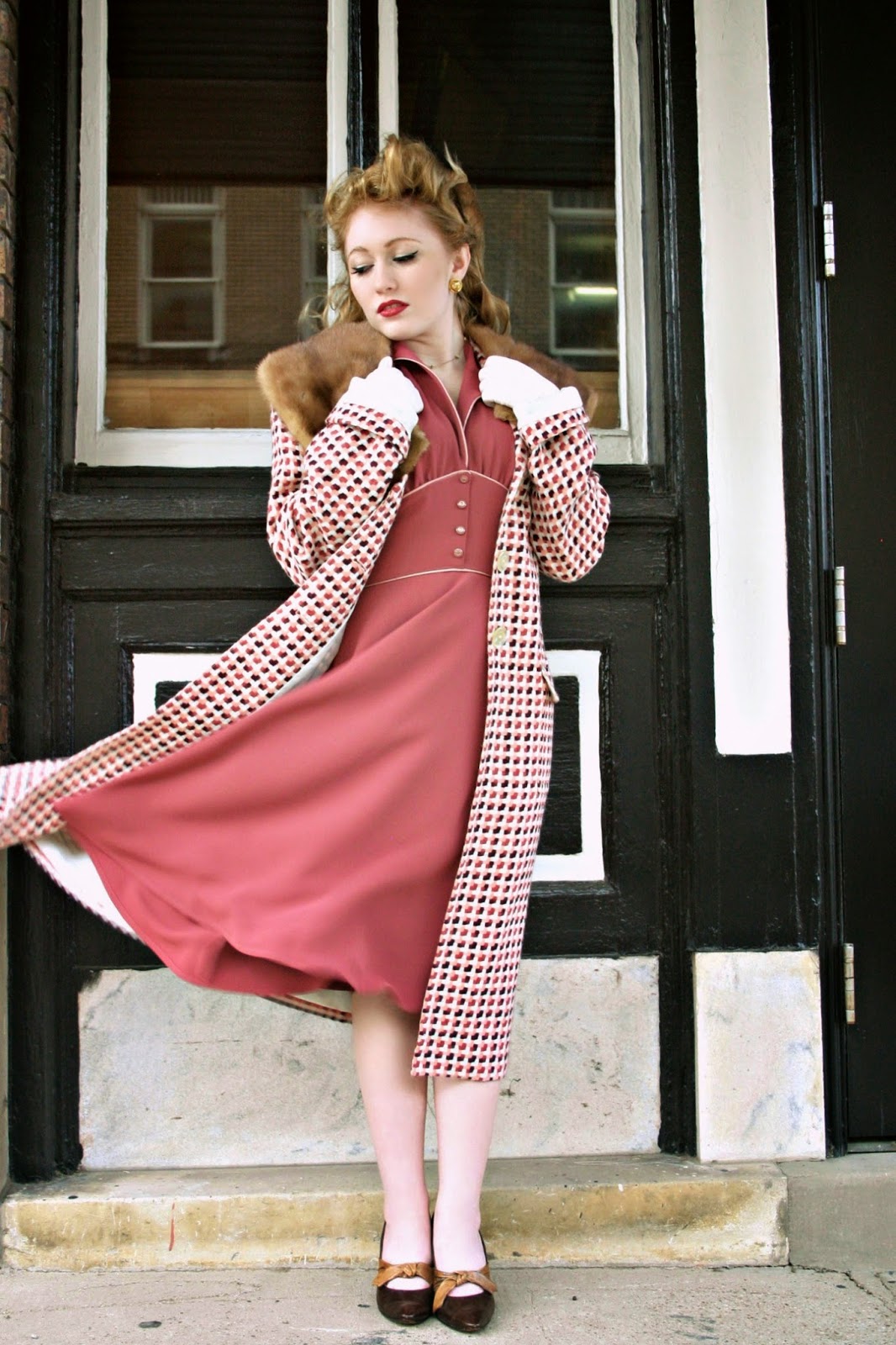 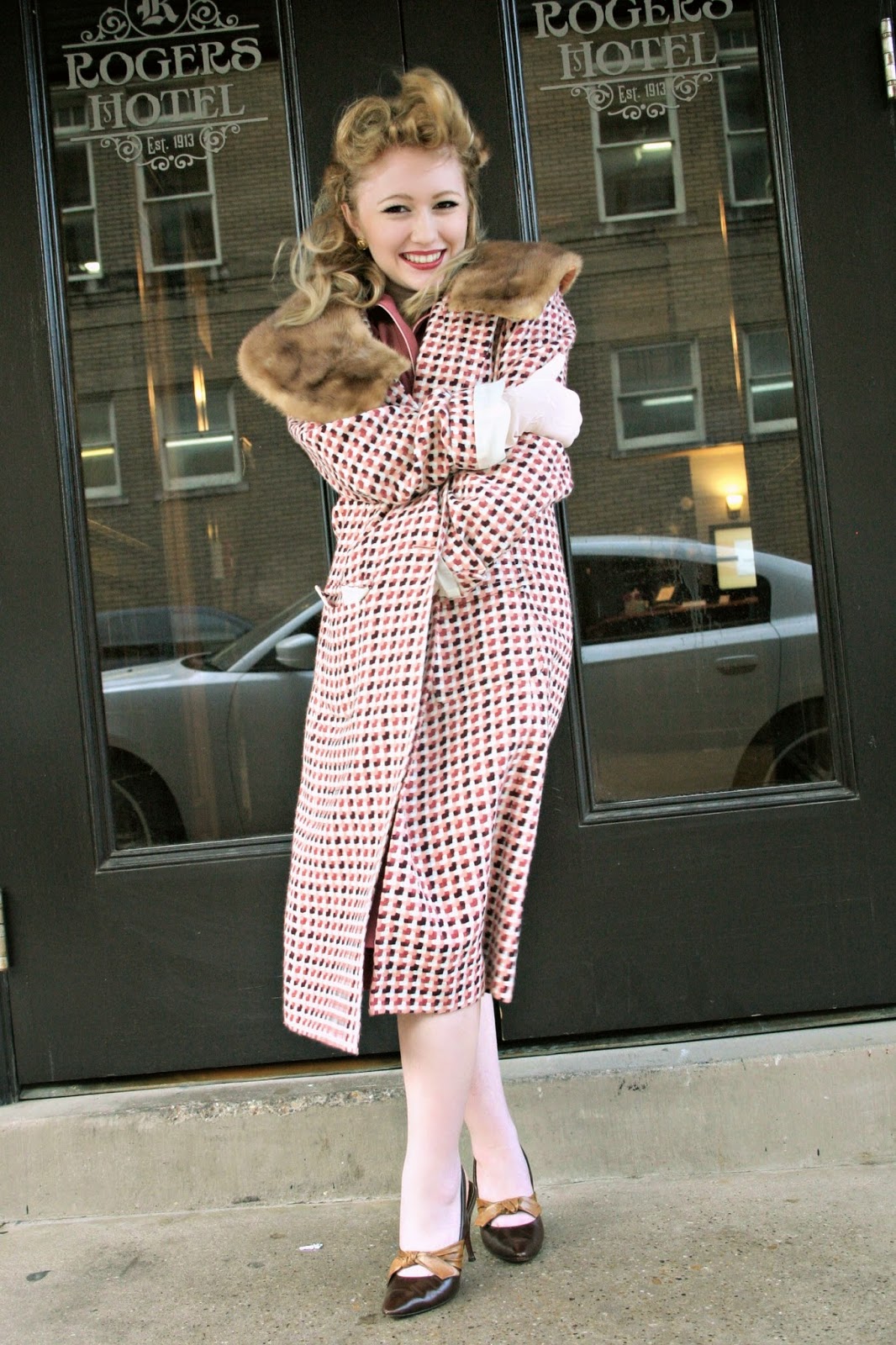 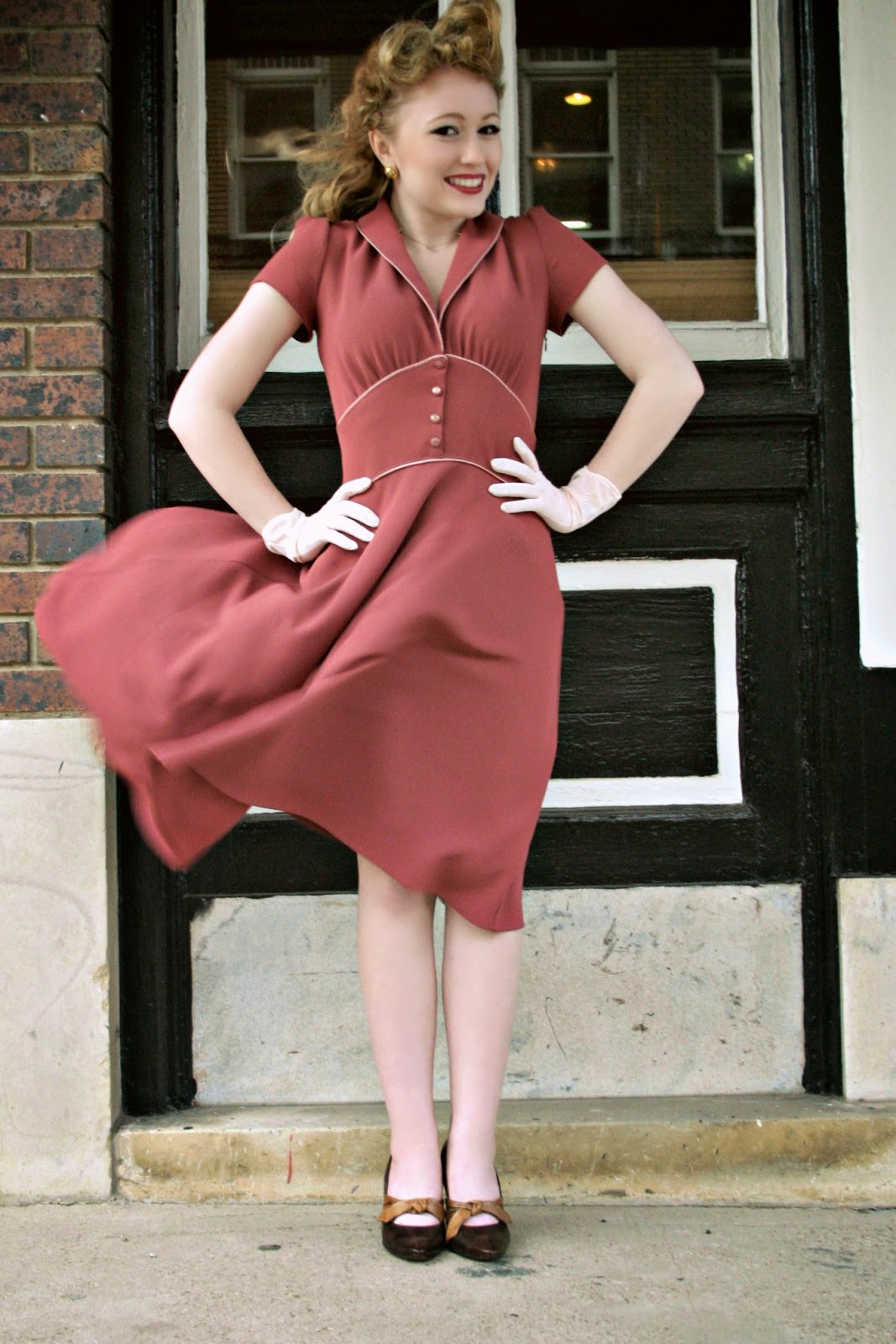 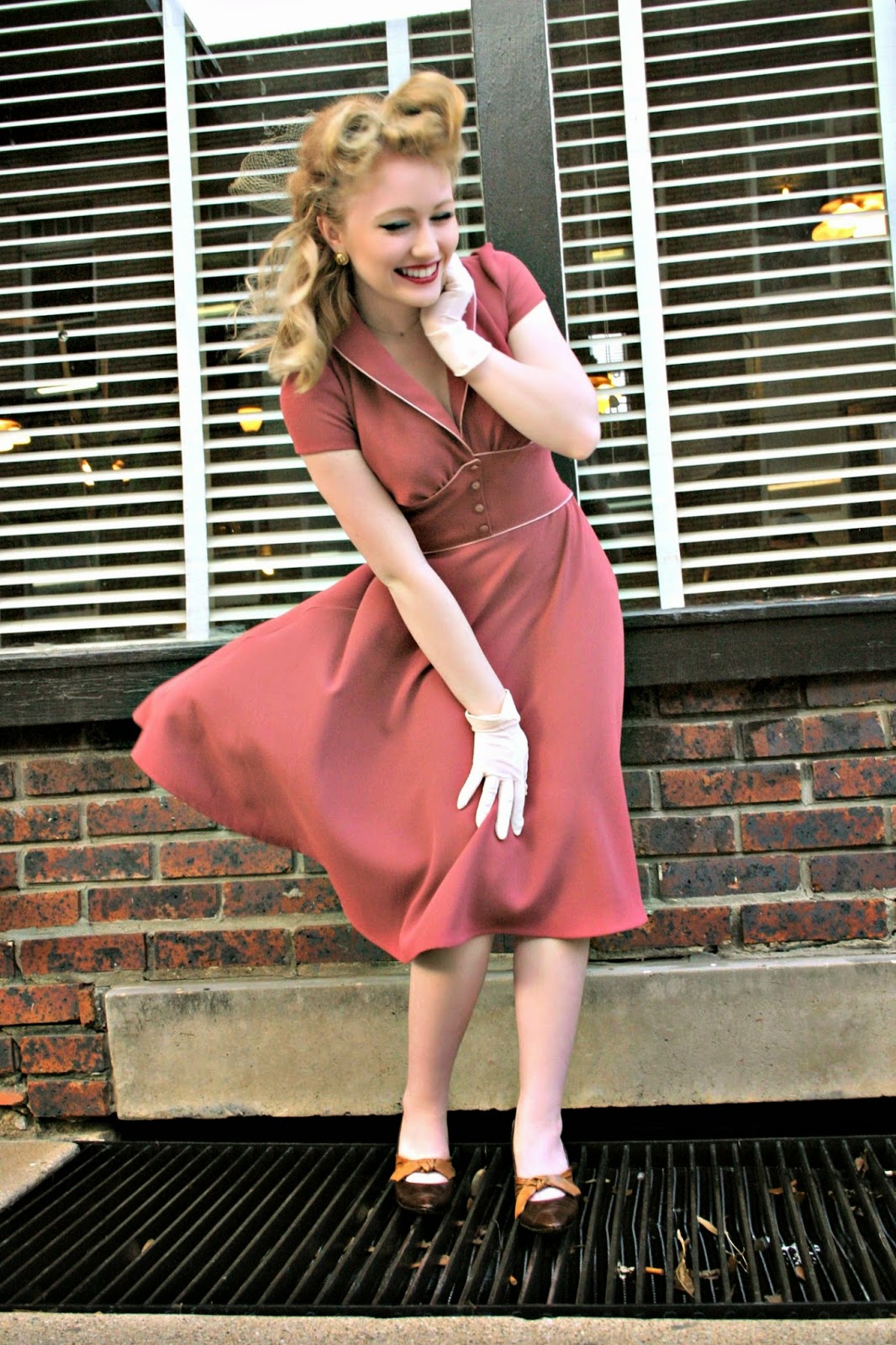 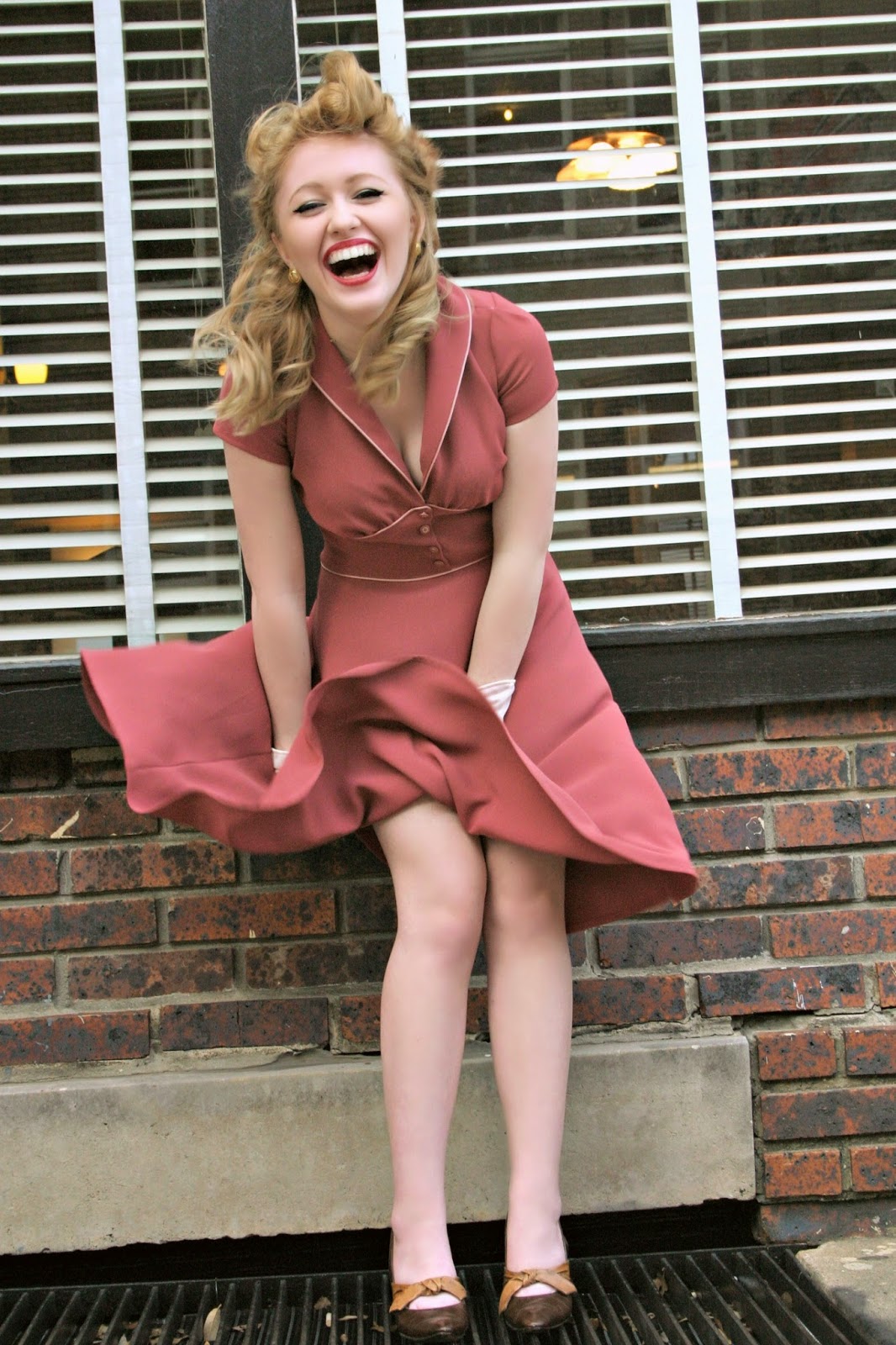 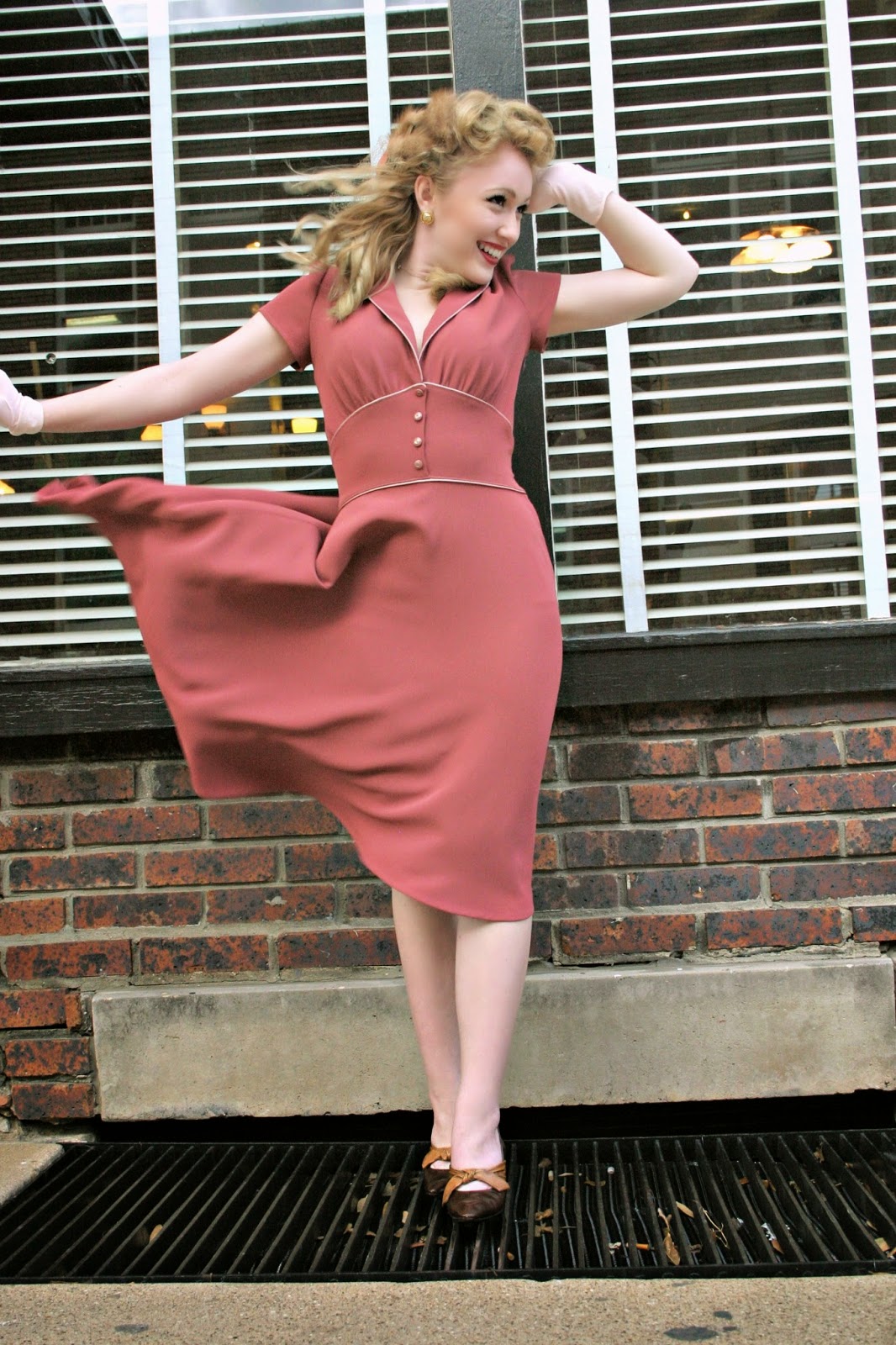 Lana Turner and Marilyn Monroe were definitely being channeled through this shoot. 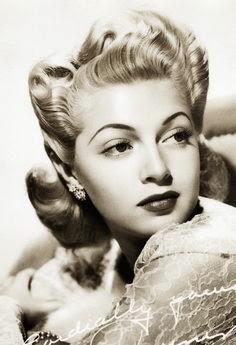 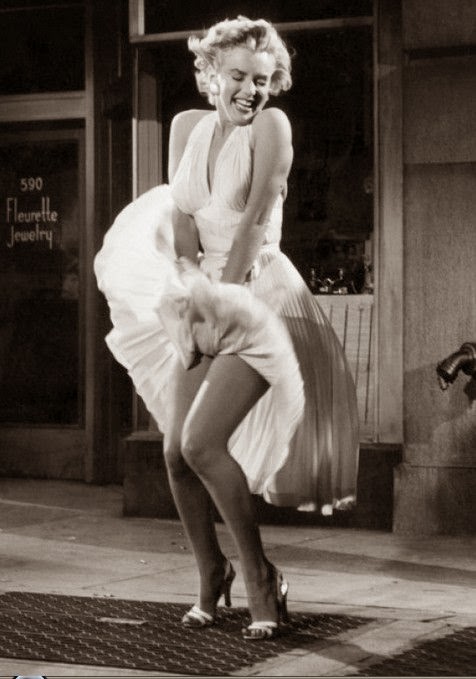 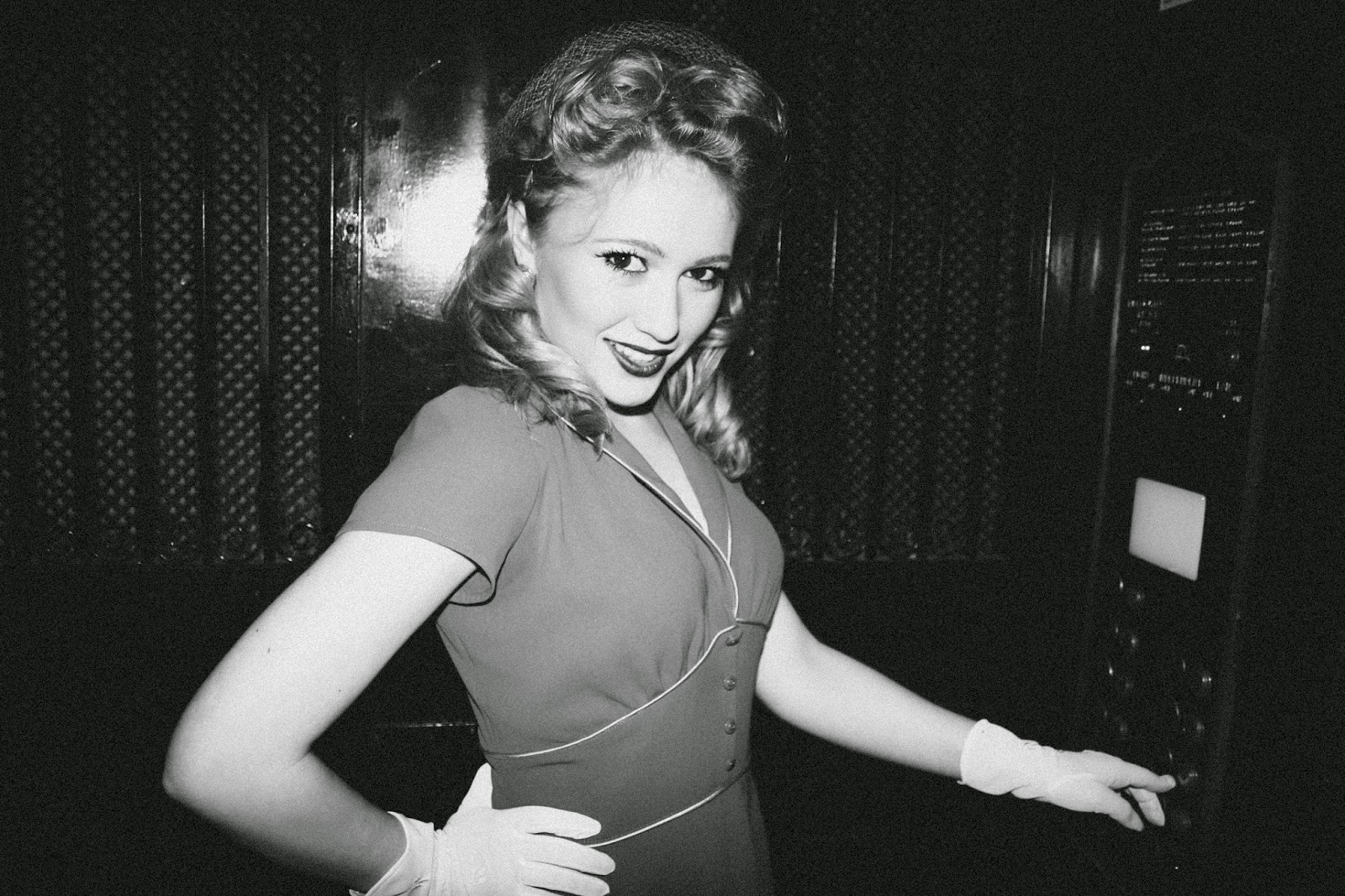 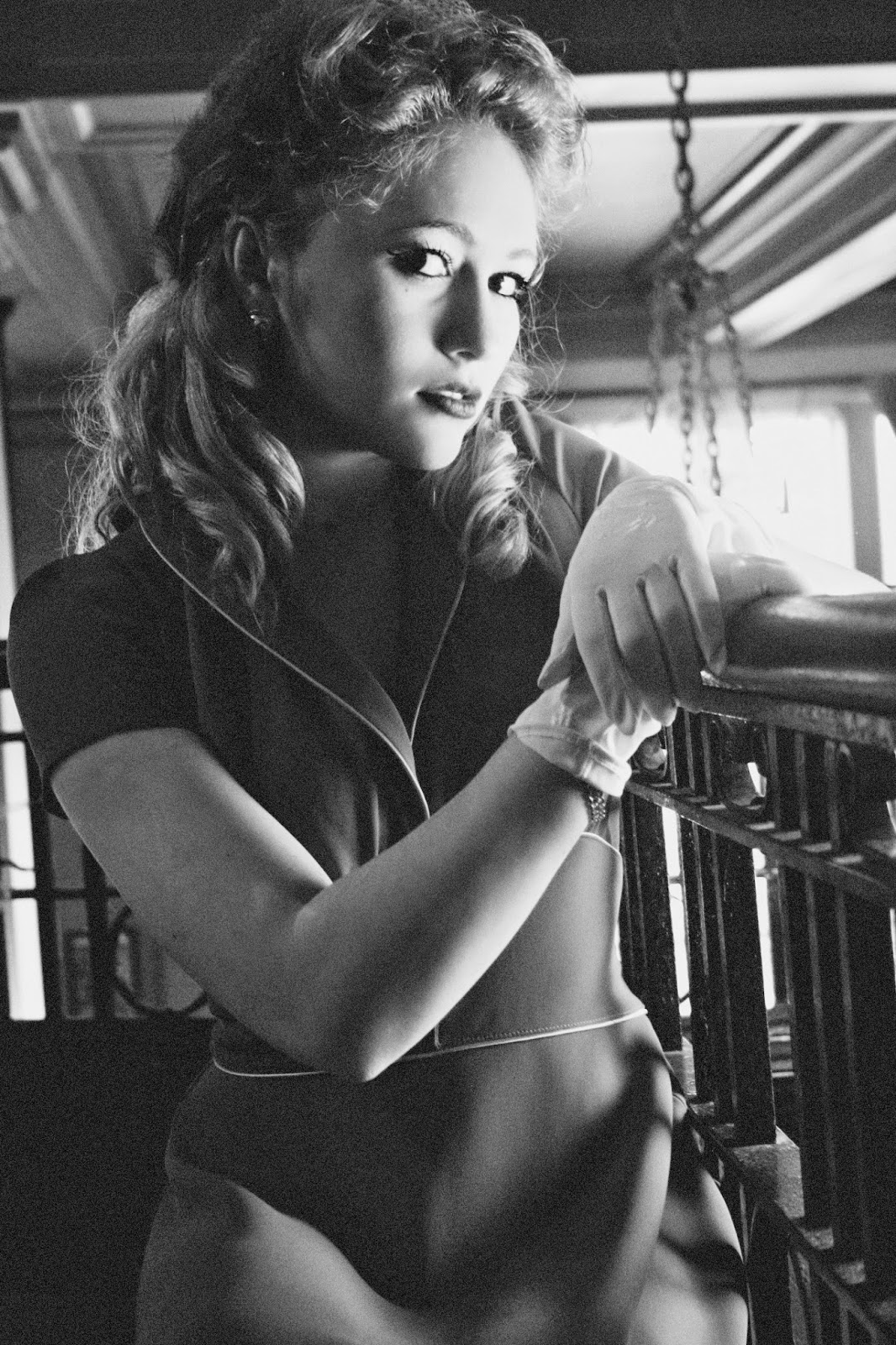 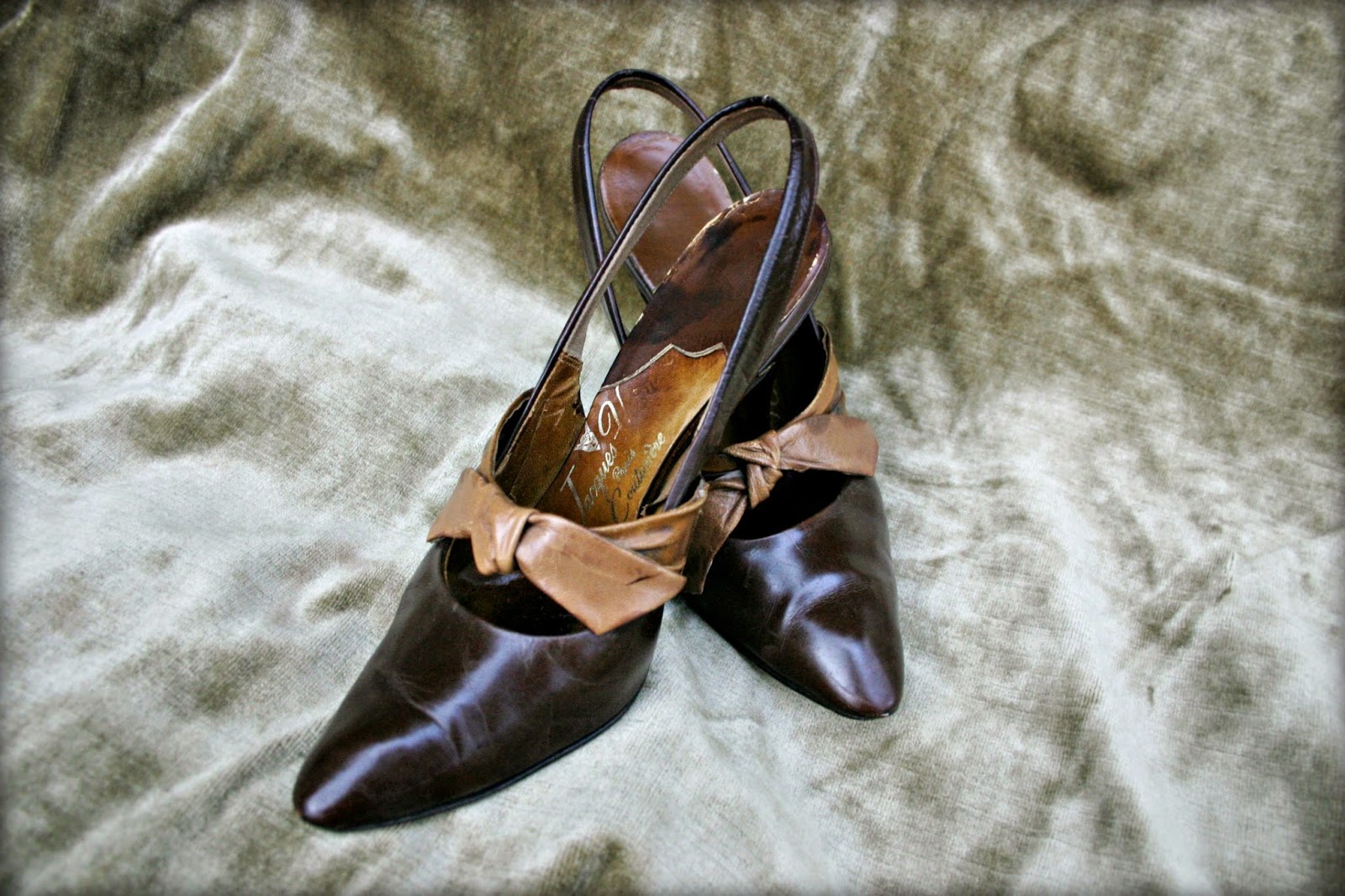 Featured in this post are these truly rare Jacques Heim leather heels from my all time favorite vintage store, Bon Ton. Jacques Heim, not as well known as Christian Dior, Chanel, or YSL, was a brilliant designer from France. He designed for those as prominent as Sophia Loren, Brigitte Bardot, Gloria Swanson, Queen Fabiola of Belgium, Mamie Eisenhower, and even General de Gaulle's wife, Yvonne de Gaulle. In 1932, he invented the two piece bathing suit, which he named the "Atome". Women were then not ready to reveal so much. He then relaunched the two piece in 1946, but weeks later Louis Reard debuted his even smaller two piece, baring the navel, which he named the "bikini". With the death of Jacques Heim in 1967, his fashion house also died, but his legacy lives on. Here are some of Heim's original and extraordinary designs: 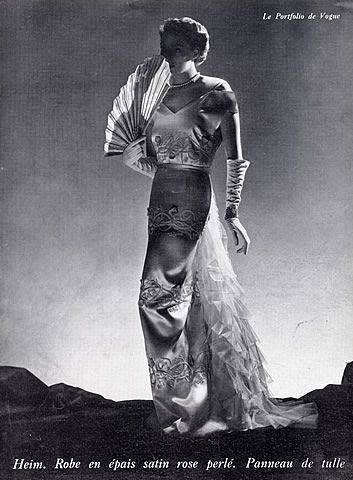 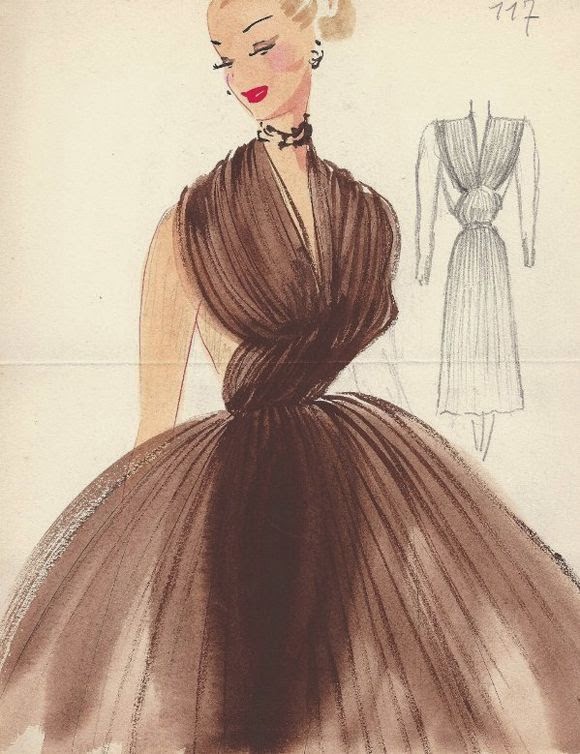 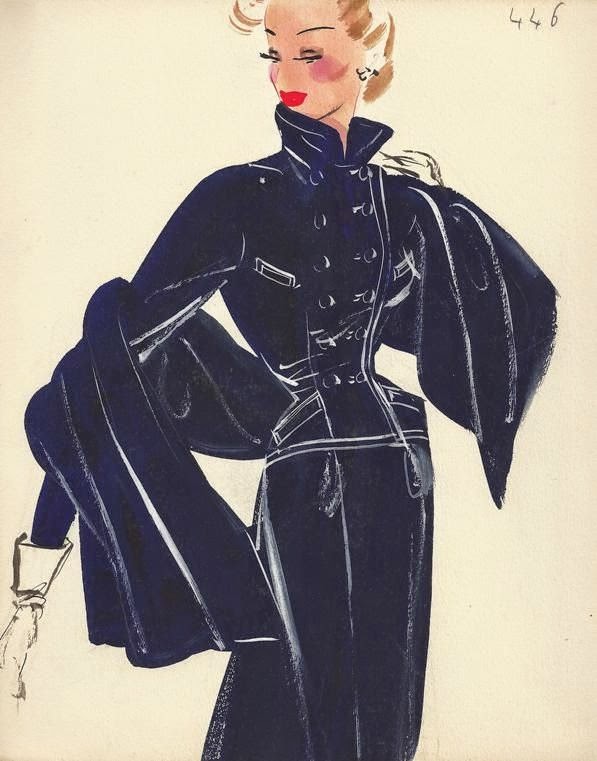 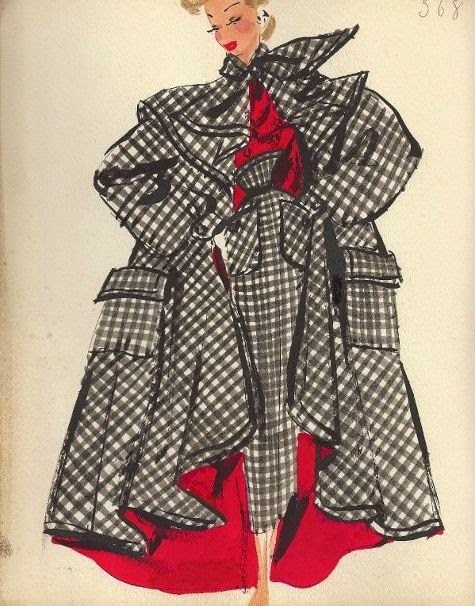 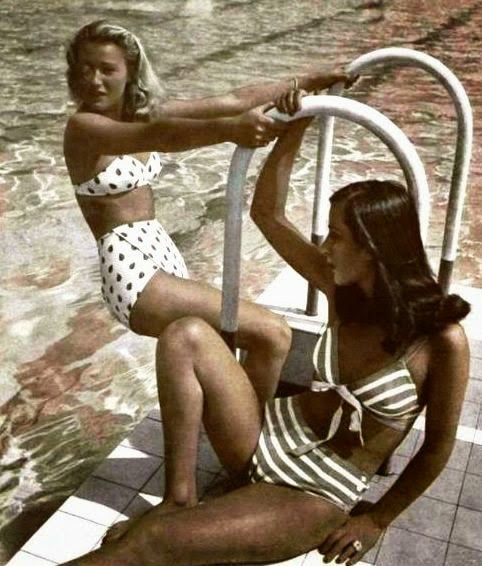 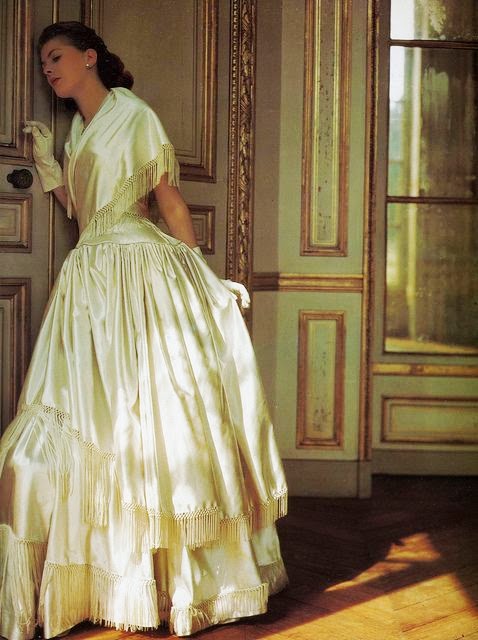 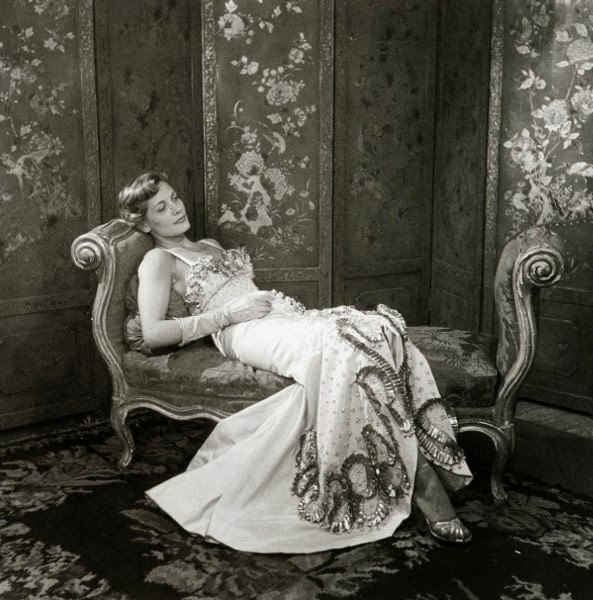 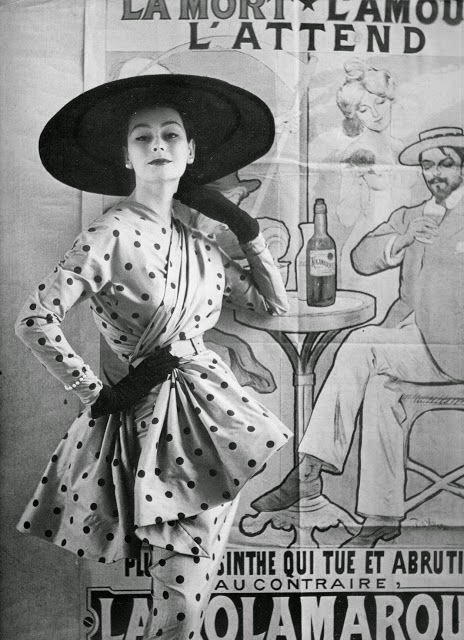 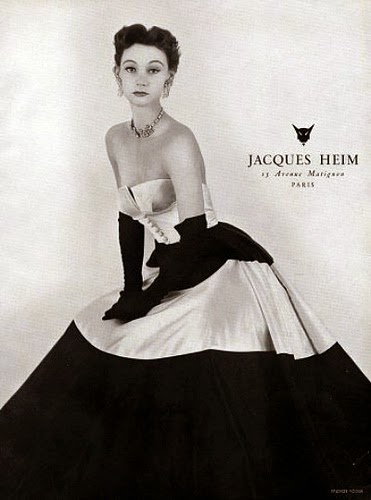 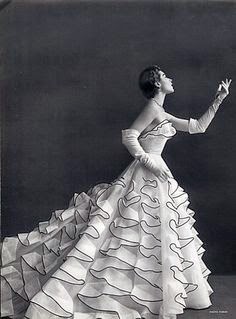 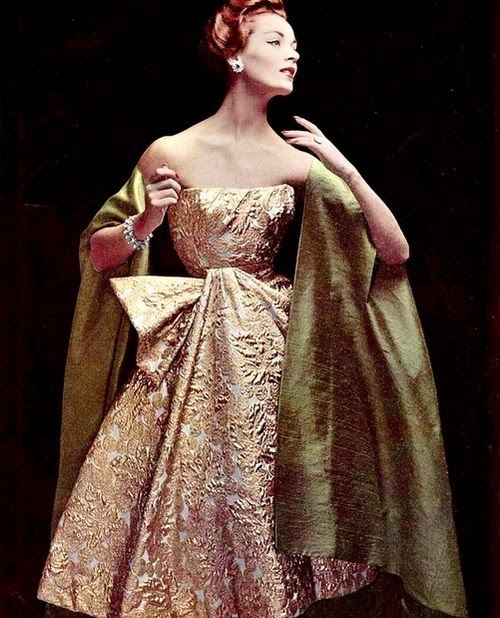 
Inspiration for my title, Glenn Miller's "Doin' The Jive", (along with a cute slideshow of vintage swing dance photos).